More news on the Xiaomi Redmi K30. Right before the launch and some more official information from Redmi today. We’ve had a lot of rumors regarding Remi k30 not least regarding the actual chipset that read me are going to use. 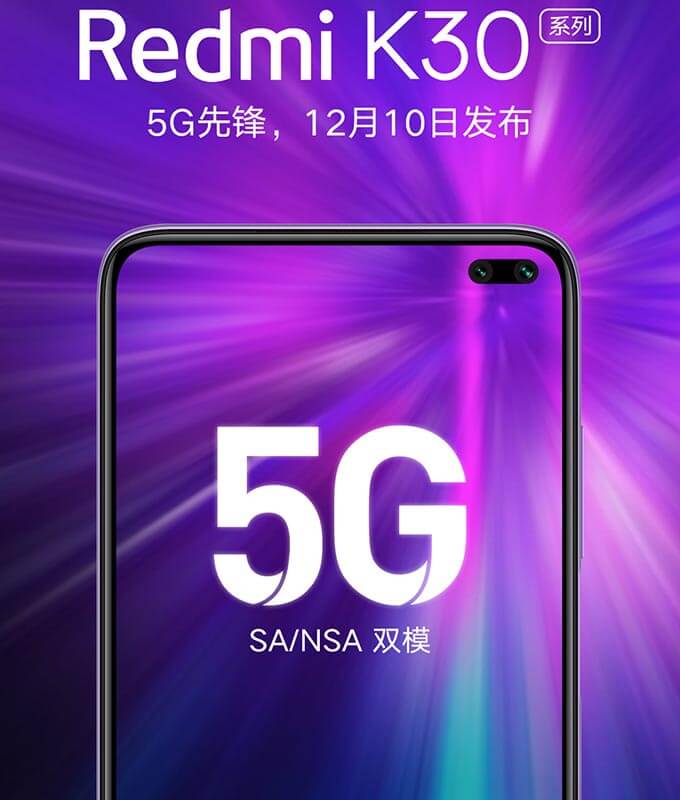 As we know redmi is going to be working with Media Tech in 2020 to put some of their chipsets in some Redmi phones.

Today we got official confirmation from redmi that they will, in fact, be using a Snapdragon chipset in the 5G replicate that’s redmi today posted this online in China. 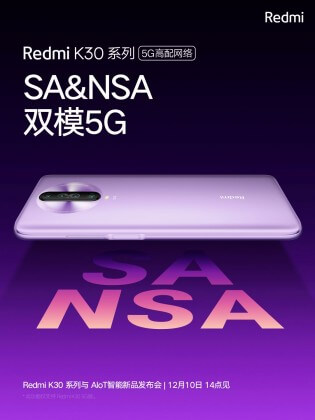 And if you read Chinese at the bottom it says redmi will be using the latest five G chipset from Snapdragon. Is it going to be the new flagship 865 or these in 735?

Most people in China thought today that k30 would be in fact the 735 going into the Redmi K30 that this chipset is a new mid-range chipset from Snapdragon. It will be compared to the flagship 865 but it is, in fact, a big step up from the 730 and the 730G and is manufactured using a 7-nanometer architecture technology.

But again there is no actual confirmation from me as to what chipset they’ll be using.

Apart from saying that it definitely has a Snapdragon processor, and Snapdragon is holding an event right now over the next few days where they will be releasing their 2020 chipsets.

So we’ll have to wait until xiaomi can officially tell us what one they’re using more leaks turn out to be proven correct XDA developers earlier shared that a redmi phone will be using a side mountain fingerprint sensor confirmed today by redmi.

You can see on the render the power button is flat and off and we see that exact same design in other phones that use that type of sensor. That means an LCD screen is also confirmed but if it does have 120Hz like the rumors say I think that will go a long way into making people not really care about the LCD because 120Hz is going to be extremely good.

The sensor under the K30’s main sensor is a 64-megapixel shooter tipped online today to be the Sony IMAX 6867.

Again that has been rumored for a very long time. Not much is known about these 686. Apart from some sample images shared by Sony already nothing official about megapixel counts has come out about that sensor but putting two and two together it will be a 64-megapixel shoot. The only other 64-megapixel option to read me would be the Samsung GW one sensor but that’s already been used in the note 8 pro and xiaomi said they would be using a new sensor and a new technology in the camera in the case.

That’s another leak out of trying to give us some more information.

Let’s just wait for the official announcement from Redmi on that when I look inside the redmi k30. You can see a very big battery unit there which is always a good thing.

We have also confirmed that more products to be launched alongside the redmi k30 has a smart speaker under the red brand a Wi-Fi router and also a new Redmi notebook are all going to be released on the same date as K30 series. It’s great for all the latest tech news and everything to do with the K30 series. That’s it for now. But I’ll see you in an extra.